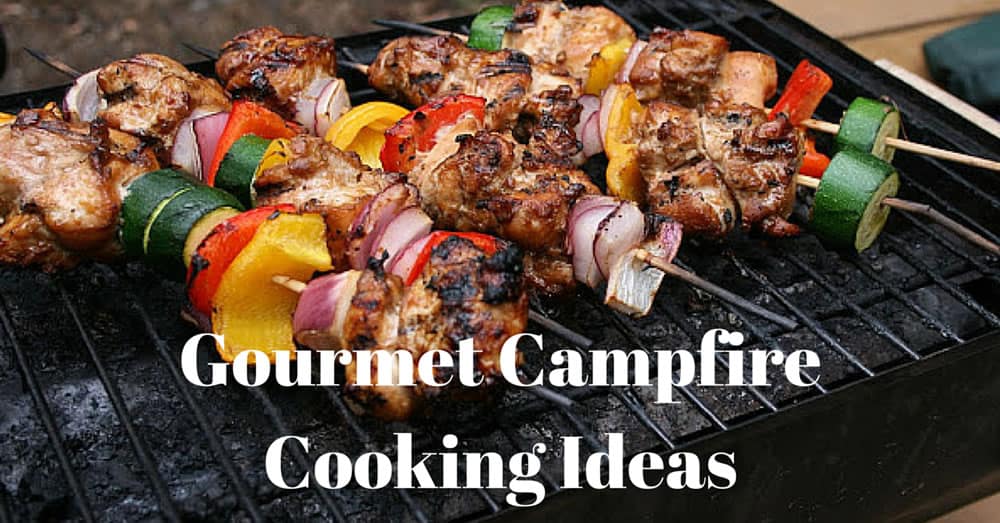 Campfire cooking hardly seems like a fancy affair. Most often, burgers and hotdogs are getting burned on the fire, while Dad has a beer. One of the reasons people still like to cook over a campfire, despite fancy gas camp stoves and other modern conveniences, is that things just taste better when cooked on over an open flame. Why not add a little gourmet flare to your campsite, and make a pretty delicious meal even better?

There are a few tried and true methods for cooking over an open flame. Cooking directly in the coals is probably the simplest, though skewering things and roasting them are pretty simple too. Both of these, with the addition of a little gourmet know-how, can be used to make some truly fantastic meals.

The basic version of this idea is the Boy Scout standby, where you put some ground beef and chopped veggies in aluminum foil with oil, salt, and pepper, and toss the resulting packet onto some coals. It is actually pretty tasty, but a little boring. You can perform this same trick with popcorn, or just whatever vegetables happen to be handy, too. There are some interesting ways to fancy this simple recipe up. 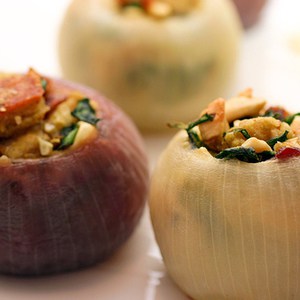 This is not a recipe for everyone, but if you’re a fan of onions, this is a great, flavorful dish. Peel and take out the center of an onion. Dice what you’ve removed, and mix it with whatever ingredients you happen to like. Ground beef, chilies, and some spices can make for a great Mexican inspired dish. Other options are certainly possible, depending on what you happen to feel like that night. Wrap the whole thing in foil, and place it in some low burning coals. In a little while, you’ll have a great, single dish meal. 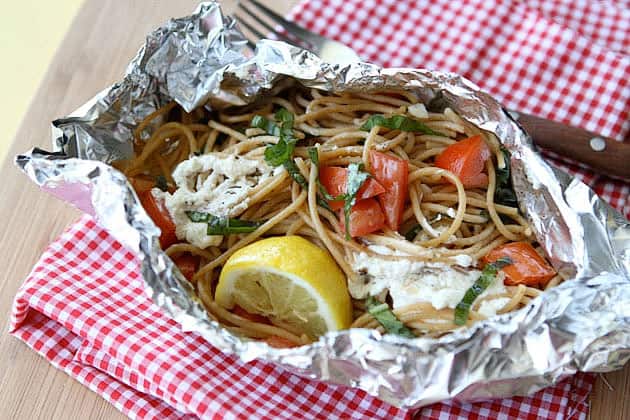 This recipe requires you took cook the noodles for a little while before you put them in the foil packet, so you may want to make sure you have a pot when packing for your trip. Alternatively, cook them at home and bring them along. Put them in foil along with whatever you like, for example sliced tomatoes, feta cheese, oil, and some seasoning. Recipes that require a lot of sauce are probably best avoided. 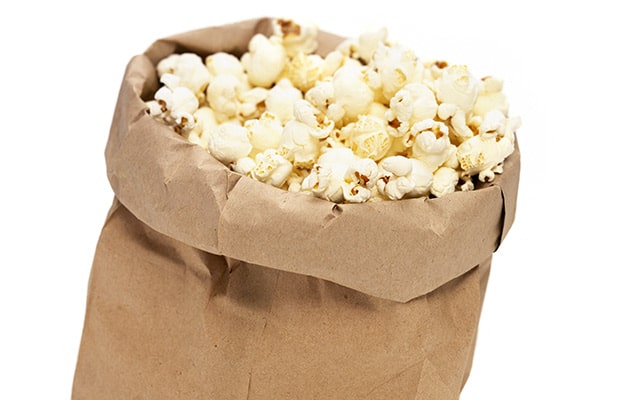 Popcorn is a tasty, easy thing to make over a campfire. You can follow the example of the Native Americans, and let the corn pop out around, or put it in a foil packet to with some oil and salt. The danger here is that the popcorn will burn fairly quickly after being finished, so keep an eye on it.

Roasting Over the Flame

This is as simple as putting something on a stick and holding it in the flame. Roasting marshmallows is a camping tradition. You can fancy it up a bit with a little effort, and, whether you’re roasting on a stick or on a grill, the smoke and flame definitely adds a unique flavor. 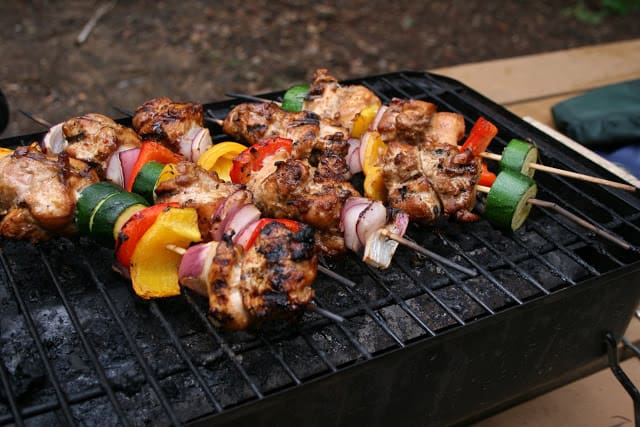 This is a pretty simple recipe. Meet and vegetables get sliced up, threaded onto a stick, and then put over the flame. You can add some oil and spices for extra flavor, but really, they are pretty tasty all on their own.

2. Sausage in a blanket 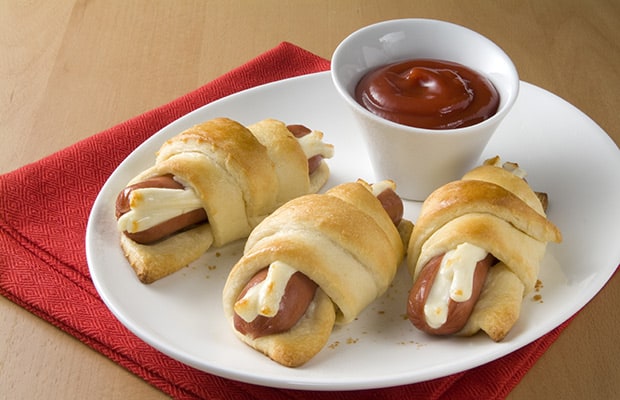 Cooking hotdogs and sausages over the fire is another fine camping tradition. This elaborates on that basic idea by wrapping them in dough, to create a pig-in-a-blanket sort of thing. You can use store bought crescent roll dough, or make your own if you’re feeling super fancy. 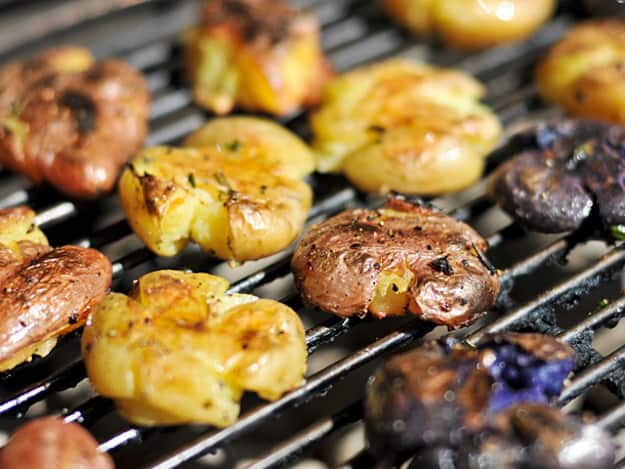 Potatoes are an easy and tasty side dish, packed with carbs to provide a boast of energy for hiking, or whatever other activities you might be planning. They should be boiled first, and then you can put them on a stick and roast them that way, or put them on a grill, slightly smashed. Add some oil and whatever seasoning take your fancy. 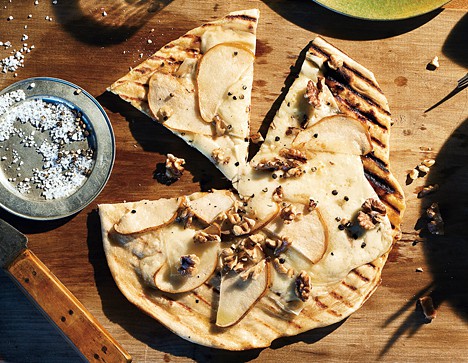 This one might be surprising, but it’s actually fairly straightforward. Grill the dough on both sides, then load it with sauce, cheese, or whatever toppings you like. The flame adds a unique flavor, and the pizza adds some welcome variety to campfire cuisine.

If you happen to be delicate enough to actually carry pots and pans with you on a camping trip, instead of just making do with aluminum foil and a stick, then you can make some even fancier dishes. Scrambled eggs, bacon, and pancakes are tried and true campfire breakfasts. But, there are some great, unexpected meals you can make in a pan. 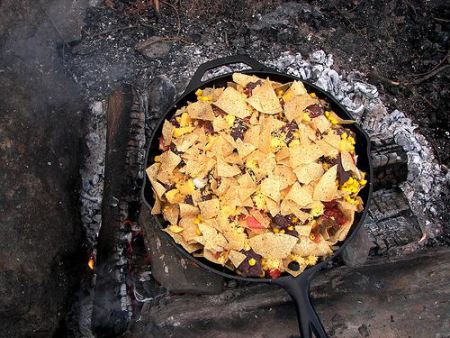 This is a great way to use up all the bits of veggies, and left over spices, on the last day of a trip. Through it all on top of some tortilla chips with cheese in a pan, and let it cook on the fire until the cheese has melted it all together into a delicious mess. 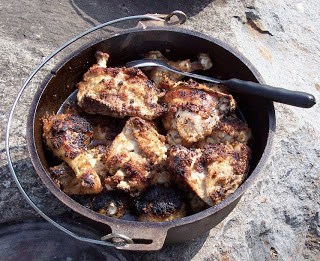 A Dutch oven is basically an iron pot with a lid, sturdy and thick enough that it can be placed right into the coals. You can cook a whole range of things in it, from stews and chili, to ribs and chicken. It can be a heavy thing to lug around, but if you’re driving, and not packing, into a campsite it’s definitely worth taking on a trip.
Cooking over a campfire can be as simple or as elaborate as you want it to be. Fancier campfire cooking doesn’t require a whole lot more in terms of tools and ingredients. It does require a certain amount of planning, practice, and adventurousness, though.